The directions and devices provided with OTC liquid medicines for kids are often inconsistent and confusing for parents to follow, according to a study published in the December 1 issue of the Journal of the American Medical Association.

These included analgesics, cough and cold syrups, and allergy and gastrointestinal medicines, which represent 99% of the U.S. market for these products.

Researchers found that 25% of the drugs they scrutinized failed to include dosing devices, such as a cup or dropper.

Worse, 99% of the liquid medications included directions on the bottles’ labels and dose markings on the devices that did not match up, Dr. Yin told Drug Topics.

“As a pediatrician, I’m very aware of these issues, especially when instructions use the terms ‘teaspoon’ and ‘tablespoon,’’’ she said.

“Many parents don’t realize that 3 teaspoons equal one tablespoon. There is the potential for a 3-fold overdose or a 3-fold underdose when these terms are confused,” Dr. Yin said. “Luckily, serious adverse events from overdoses are uncommon. But if a parent were to give a child multiple supratherapeutic doses of acetaminophen, this could cause liver toxicity.”

Side effects such as drowsiness and nausea may also occur with overdoses, depending on the medication involved, Dr. Yin said.

To ensure accurate dosing, she recommended that parents use a measuring device, such as a dosing cup, dropper, or oral syringe.

And, she said, she’s careful to avoid the term “spoon” when counseling parents, as this endorses its use.

The trial was triggered by the release of voluntary FDA guidance in November 2009, which recommended greater consistency in dosing directions and measuring devices in children’s liquid medications.

Similar guidance was released around the same time by the Consumer Healthcare Products Association, a group representing OTC manufacturers, as part of the PROTECT initiative of the Centers for Disease Control and Prevention (CDC), Dr. Yin said.

She and her coauthors are planning to conduct a follow-up study in 1 year, in collaboration with the CDC, to see whether the current labeling and device errors have been remedied.

However, one of her coauthors, Ruth Parker, MD, professor of medicine at Emory University School of Medicine, is skeptical that the errors will be fixed under FDA’s current voluntary guideline mechanism.

“Given how many products are affected, it seems unlikely that the voluntary guidelines alone set by the FDA and industry will fix this problem,” Dr. Parker said. “Standards and regulatory oversight will likely be needed to ensure that all products contain label information and dosing device markings that match and are understandable and useful.” 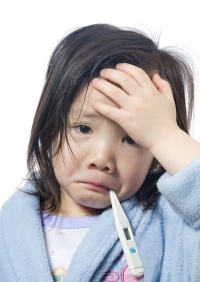